Quality Magazine recently posted an article related to the importance of quality and other interesting observations regarding their 15th Annual Spending Survey.

The article indicates a positive increase in spending where quality is concerned, along with other key indicators showing support and acknowledgment of the importance of quality.  Two highlights worth noting include:

1) About half (49%) said the importance of quality has increased compared to a year ago. 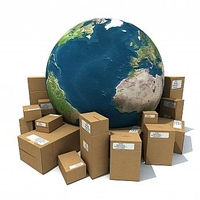 Delays in shipment are not uncommon, but preventable nonetheless.

There are several possible causes for shipment delays, including:

So, how do you avoid delays in shipments?

Preventative action is the most effective way to avoid delays in shipments and reduce overall quality risks and cost.  Supplier evaluations incorporate key indicators that ensure production is timely. For example, ISO 9001 based audits focus on the following: 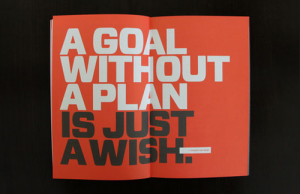 As 2014 comes to a close, we are considering the quality goals and objectives we’ve discussed with our clients and partners regarding ongoing improvement in the coming year.  Some examples shared with us include:

What are your quality goals for 2015?

At Pro QC, we help our clients meet their quality goals and objectives. Contact us for additional information regarding how we reduce quality risks and cost.

After describing what it is that Pro QC does the other day, an individual paused and asked how we know what quality is when we see it. And, that’s a very interesting question that many conclude is just too subjective to answer. Likely the most popular general definition is Deming’s idea of whether something is meeting or exceeding customer expectations. But, how can you tell? Our engineers would probably start talking about product specifications, testing requirements, tolerances and such.  But, another broader assumption is that quality focused organizations produce quality products. But, how can you tell if an organization is quality focused?

In partnering with companies of all sizes and various industries over the last thirty years, we have observed a few common traits within organizations that are quality focused and successful at meeting or exceeding their customers’ expectations. (We highlight some of these organizations as Client Stories in our quarterly newsletter. )

Halloween is approaching and is celebrated by millions around the world each year on October 31st.

At Pro QC, our teams across the globe often observe Halloween with good food, friends and festive decorations.

The history of Halloween has evolved.

“Traditional activities on Halloween include trick-or-treating, bonfires, costume parties, visiting “haunted houses” and carving jack-o-lanterns. Irish and Scottish immigrants carried versions of the tradition to North America in the nineteenth century. Other western countries embraced the holiday in the late twentieth century including Ireland, the United States, Canada, Puerto Rico and the United Kingdom as well as of Australia and New Zealand.

The activity is popular in the United States, the United Kingdom, Ireland, Canada, and due to increased American cultural influence in recent years, trick-or-treating has started to occur among children in many parts of Europe, and in the Saudi Aramco camps of Dhahran, Akaria compounds and Ras Tanura in Saudi Arabia.”

Amid all of the spooky fun, we often forget to appreciate the standards, specifications and/or other quality efforts that make this holiday safe!  For example: