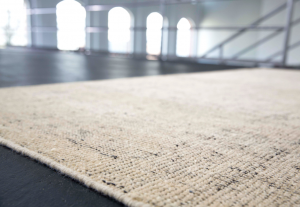 Our team in India recently presented with the Indo French Chamber of Commerce and discussed a few applicable case studies related to “Reducing Risk in Supply Chain Management.” Daniel Ben-Ezra, Pro QC’s Country Manager in India, provided the following summary highlighting one of the cases presented:

Client  – European company that has been in business for +200 years, serving top end clients with their carpets globally. Production of all carpets was being done in India and Nepal.

Additional Context – A long term (+32 years) relationship had been there with one of their main vendors in India. This relationship had originally been rather informal in nature, with owners of both companies frequently visiting each other and developing a good understanding. In the past years, the relationship had become more formal in nature as new management succeeded the original owners of both firms. In this case, the client identified Pro QC as a quality solutions provider online, and requested a meeting at our office in India during one of their upcoming visits. We were aware of the client meeting competitors at the same time, allowing them to compare profiles & rates before making a final decision on their quality control partner.

Issues Noted – The buyer was facing several quality problems with the carpets and negative feedback in the market from their clients. Despite years of efforts to correct these problems, the Indian vendor continued to be unable to deliver the required quality. Lead-time was an additional issue, promises were not being kept and delays led to further customer complaints.

Because of the persistent quality issues, the client for many years inspected the carpets at their own warehouse in Europe prior to shipment to their clients worldwide. In case carpets were rejected, they could not be sent back to India as costs would be prohibitive, hence many items were scrapped. Further, as one can imagine, the overheads involved in performing their own inspections in Europe and additional shipping costs were putting pressure on margins.

Unfortunately, due to continuous complaints by the buyer for an extended period of time regarding quality & lead-time, the supplier had become agitated and was seriously contemplating parting ways with the client. The buyer represented a relatively small % of business for this particular vendor, and the headache that resulted from servicing this buyer was become more and more of an issue for the vendor. They were close to severing ties, which would have been a big problem to the buyer as they were very dependent on this particular vendor. It would be lengthy and costly process to sample and produce the same types of products with another vendor.

Other Developments – The buyer had hired a reputed creative director to steer the company in a different direction. This led to new and more demanding designs, putting additional pressure on an already strained relationship. Because of persistent quality and lead-time issues, many different people from the buyer’s organisation started communicating with the vendor – designers, buyers, quality control staff, marketing, logistics and sales people. The vendor was struggling maintaining all these stakeholders. Another issue was presented by the weavers and other subcontractors of this particular vendor. They had their own aspirations if becoming an exporting company, and also flat out refused to carry out certain processes as they were deemed to costly and/or complicated.

1) Supplier audits and corrective action plans were generated and executed.

The first step involved auditing this particular vendor and developing a corrective action plan for improved quality and lead-times. Various processes at the vendor’s facility were identified that were leading to structural issues. Through corrective actions after the audit had been completed, we worked diligently together with the vendor on fixing these.

2) Alignment of quality expectations between Pro QC and the client’s QC team.

In order to better understand the exact quality issues being identified by the client’s QC team in Europe, for a period of time quality inspections were carried out both in India and afterwards in Europe for the same pieces. By comparing findings, we calibrated our own quality engineers in terms of the client requirements. After several of such inspection rounds, we were confident that were looking at the products in the exact same way as the client, allowing for direct shipment of the carpets to end user clients across the globe. This lead to substantial cost savings and lead-time improvements.

Through Pro QC, the client finally had continuous eyes and ears in the factory allowing them to have a finger on the pulse on all developments at the vendor’s location. By discussing corrective actions and inspection results on a monthly basis through conference calls, all stakeholders were starting to feel more confident about the vendor and as a result, the relationship between the two parties improved substantially.

By consistently performing inspections in India at the factory, the vendor’s staff started understanding the client’s requirements and quality standards. As a result, quality steadily improved. Important to note is that originally the vendor was hesitant on working with a 3rd party inspection company. They felt that they were capable of dealing with the situation themselves and had all knowledge in-house. This turned out to be incorrect – the vendor is now very pleased with our presence. Through improvement of their processes, the vendor has been able to tap new markets and clients as well.

Critical to the success of the relationship between buyer and vendor was involvement of the various sub suppliers of the vendor. The vendor actually only provided finishing activities at their own site, and were outsourcing the majority of production processes to other sub suppliers. As one can imagine, at first the vendor was very hesitant about allowing the client and Pro QC access to their sub suppliers, but once assurances were given we managed to start building a relationship with these people as well. Through training and the occasional sweepstake, sub suppliers became more involved and motivated to work for the client, resulting in a reduced number of defects and a willingness to work on more complicated designs which were critical to the client’s business.

In this case and many others, Pro QC substantially improved the relationship between the buyer and the vendor. The following milestones were reached:

Since Pro QC started performing inspections at site, product quality improved substantially. Important to note is that through identification of defects in India itself as opposed to the European warehouse, allowed more effective rework and shipment of rugs that were of higher quality.

Being able to ship the rugs directly from India to clients as opposed to sending them to Europe first for a quality check, allowed the client to enjoy substantial savings with regards to overheads and transportation.

Getting all sub suppliers on-board was critical in the introduction of new and more complex rug designs. We helped address concerns and provided training that allowed staff to comply with more the client’s more demanding requirements.

4) Successful exhibitions and new business for the client.

Receiving samples in time and at the right quality is absolutely critical to the client as a big source for them of new business is trade shows. Prior to Pro QC’s involvement, it was not uncommon for the client to not have required samples with them doing such shows, or when they were there the quality could be problematic. By focusing our efforts on quality and lead-time of the various samples that were required prior to such shows, Pro QC helped the client secure new business and present themselves better.

Over 1800 senior executives and quality professionals were interviewed as part of a recent global Forbes Insights report. “The focus relates to the links between quality efforts and corporate performance, as well as the evolving business value of quality.” 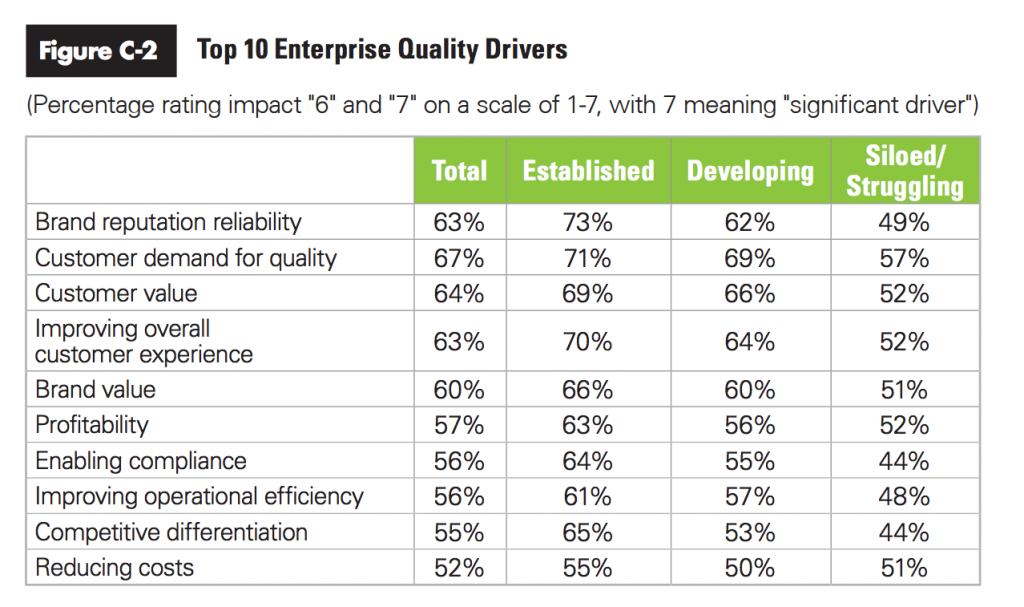 Of those surveyed, 58% of senior executives and 43% of quality professionals identified quality issues with suppliers as a “Most Vexing Yet-to-Be-Resolved or Ongoing Quality Issue.” 57% of senior executives and only 25% of quality professionals also identified delays from suppliers in product or service delays as an ongoing issue.

This month represents six years of blogging and sharing quality news and insight. Pro QC has provided QC services for over three decades and has seen the emergence of technology within the industry and the significant advantages organizations have today as a result. 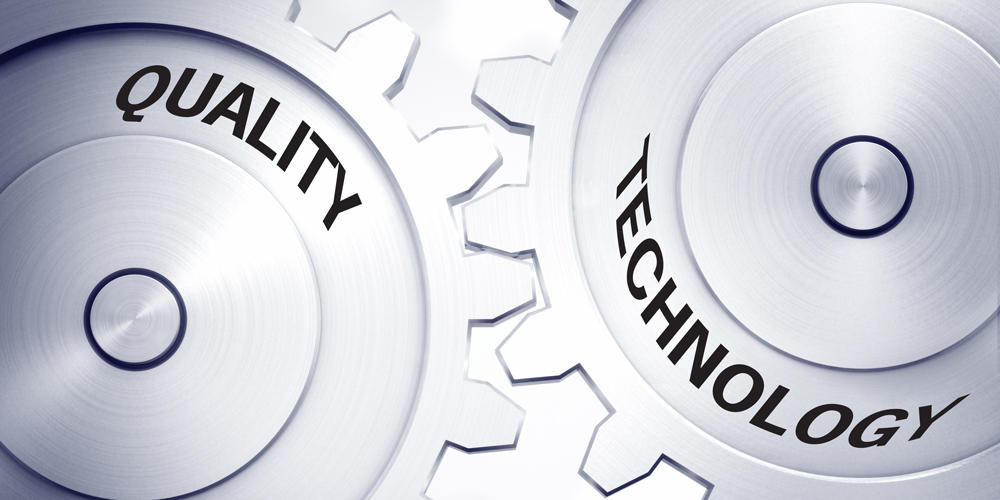 A few notable advances in technology we’ve seen over the years includes:

1984: When Pro QC started in 1984, scheduling requests were primarily handled by fax and were hand written.  During that time, the cost of international long distance prohibited frequent team communications among regions. Communications were slow, and calls were short.

Our latest video discusses a topic increasing in relevancy. Responsible Sourcing is also a topic we’ll be discussing next week at ASQ’s annual World Conference on Quality & Improvement.  Visit us in Booth 607, or attend one or both of our sessions on Monday, May 1st.

“You can usually tell that an organization has stopped caring about quality when it becomes the only thing they talk about.”

As quality professionals, we revel in the fact that organizations might be talking too much about quality. In that scenario, we have won and finally impressed the message that quality is indeed everyone’s responsibility.

And, is there really such a thing as too much data? Of course we know there is, but most quality engineers are going to revert to Deming:

“In god we trust, all others bring data.”

The last comment in this piece is compelling though:

“So if it seems like a quality improvement plan has pulled all the passion out of your product, perhaps you should go back and ask what quality means for the product you sell.”

This is noted as consistent with the Plan > Do > Check < Act (PDCA) cycle and sums up the nature of continuous improvement nicely.

“Without continual growth and progress, such words as improvement, achievement and success have no meaning.” ~Benjamin Franklin