Aerosonic’s journey to all things lean…

An open invitation recently went out via the ASQ Tampa-St. Petersburg LinkedIn Group regarding an upcoming APICS meeting that would include a plant tour of Aerosonic Corporation.  I grew up with Aerosonic right around the corner, so I couldn’t resist the opportunity to poke around and learn more about they do.

It turns out that Aerosonic Corporation has been making “gizmos for airplanes” for over fifty years.  More specifically, their product lines include integrated cockpit displays, sensors, probes, digital and mechanical standby displays. “With its well-established industry presence, Aerosonic maintains long-standing relationships with nearly every major aircraft manufacturer worldwide.” Personally, I was impressed that one of their products, an altimeter, had over 400 parts.  I can’t even imagine how you would organize production on a custom build piece of equipment like that or what a MRP nightmare it would be!  Unlike most of the production I’ve seen, Aerosonic’s products require a great deal of customization and hands-on craftsmanship.

A few years ago, a fire left the company inoperable for about nine months.  The fire not only destroyed the facility, but it ignited a need for change… and so their lean journey began.  They got serious about making real changes and they started by focusing on what they referred to in the presentation before the tour as “wetware.”  I also learned a little about Training Within Industry (TWI) as they attributed this system with their ability to now tie goals with performance.

During the tour, you could sense that the situation before their lean aspirations was bleak.  They described an organization not unlike many small business that were started with the best of intentions but later experienced difficulties adapting to a more “corporate like” environment.  Change management would prove once again to be the most difficult component of transition.  While top management support certainly came through during the presentation and tour, employee resistance was noted as the most challenging component.

It was interesting to see an organization going through this process of change.  It’s a reminder that although being lean may be an arduous process, the results speak for themselves.  By moving to a cellular layout, communication and overall productivity has improved significantly at Aerosonic. Improving inventory management and incorporating employee ideas and suggestions for productivity improvement has contributed significant gains as well.

I want to thank the local APICS chapter for extending this invitation and Aerosonic for opening their doors and providing an honest and realistic portrayal of the lean journey in action.  They are very fortunate to have such a passionate group of individuals in top management to lead the way! 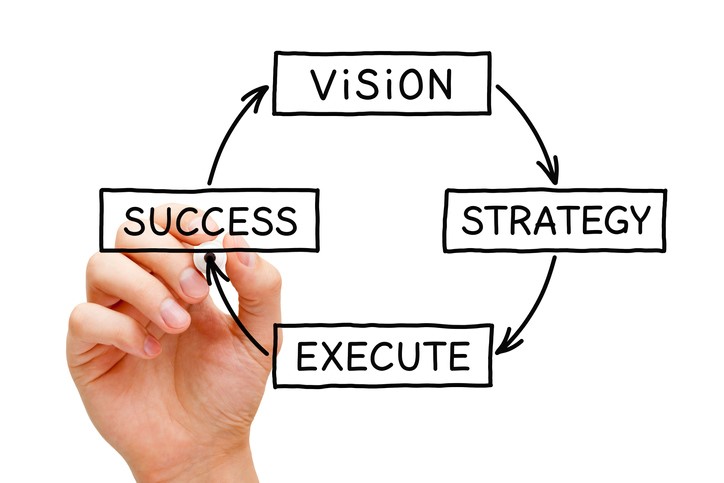 The Importance of Vision & Values to Quality